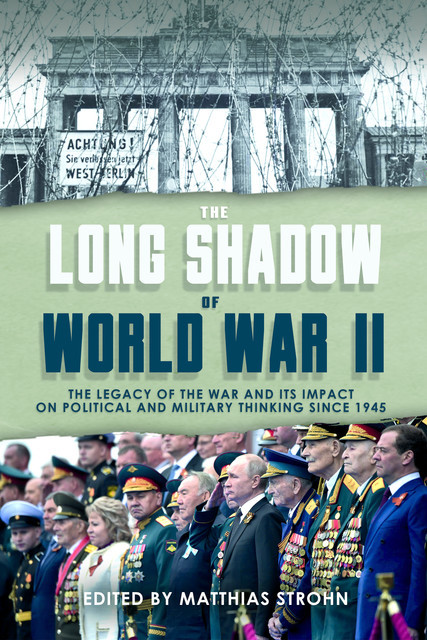 We are glad to announce the publication of the latest CHACR book. The Long Shadow of World War Two analyses the legacies of the war and its impact on political and military thinking from 1945 to today. The book shows that the war still influences today’s decisions and it argues that we cannot understand the world around us if we do not understand the impact of the war on militaries, states and societies. It provides an in-depth analysis of 13 different countries, both European and non-European, which are relevant for Britain, the West and NATO in the 21st century. 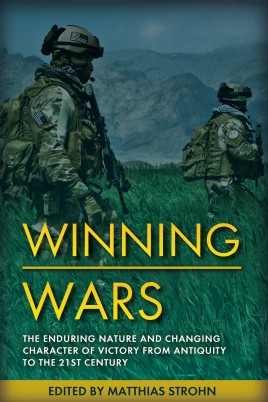 Winning Wars: The Enduring Nature and Changing Character of Victory from Antiquity to the 21st Century edited by Matthias Strohn

While ‘winning‘ might be considered a fundamental part of the human objective, what constitutes winning and how one might achieve it remain somewhat abstract, in war as in any other human endeavour. ‘Winning‘ militarily at the tactical level – in a firefight or a battle – has always been more quantifiable than at the strategic level. At the strategic level, success might be measured by means of three big ideas: ownership; intervention for effect; and fighting for ideas. The divergence between success at the tactical level and the political context of the war creates a challenge at the operational level when it relates to political and strategic matters.

The result of a research project carried out by CHACR for the British Army in support of the development of Army strategy, this book analyses the constituents of what may comprise ‘victory’ or ‘winning’ and then travels, chronologically, through a wide set of historical case studies. This is book is particularly useful for the students of strategy and provides important insights into questions relating to the ‘new‘ Great Power Competition. 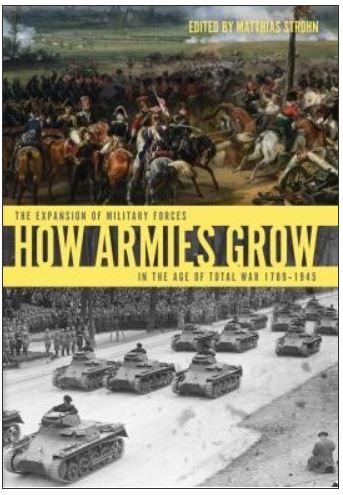 How Armies Grow: The Expansion of Military Forces in the Age of Total War 1789–1945 edited by Matthias Strohn

The first two decades after the end of the Cold War were characterised by government’s desires to reduce the sizes of their armed forces, not least in order to save money. Hand in hand with this general reduction went an intellectual and doctrinal re-orientation of the armies from conventional warfare to counter-insurgency operations. These trends combined had a deep impact on all armies, in particular in Europe. The geo-political landscape and the real and perceived threats from terrorist groups allowed for such developments to take place. As a result, capabilities were lost and the current generation of army leaders have lost the ability to think in terms of large-scale, conventional military operations.

Recent changes to the geopolitical situation and current developments in Eastern Europe have resulted in a new shift of thinking. The pendulum has now swung back to large-scale, conventional operations. Once again, this has huge implications for the forces, from training to equipment. Today, armies are growing again in size and all armies look back to the past in order to learn something about the build-up, composition and use of large formations. Lessons that had been learned by armies the hard way and had been the accepted wisdom for decades or even centuries now have to be re-learnt. It is these lessons from history that this book addresses. 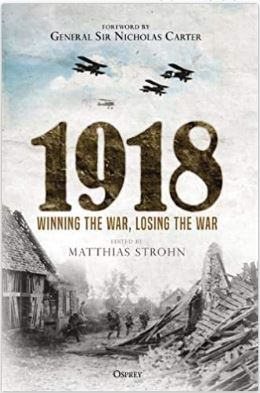 1918: Winning the War, Losing the War edited by Matthias Strohn

In 2018, the world will be commemorating the centenary of the end of the First World War. In many ways, 1918 was the most dramatic year of the conflict. After the defeat of Russia in 1917, the Germans were able to concentrate their forces on the Western Front for the first time in the war, and the German offensives launched from March 1918 onward brought the Western Allies close to defeat. Having stopped the German offensives, the Entente started its counter-attacks on all fronts with the assistance of fresh US troops, driving the Germans back and, by November 1918, the Central Powers had been defeated.

This new study is a multi-author work containing ten chapters by some of the best historians of the First World War from around the world writing today. It provides an overview and analysis of the different levels of war for each of the main armies involved within the changing context of the reality of warfare in 1918. It also looks in detail at the war at sea and in the air, and considers the aftermath and legacy of the First World War. 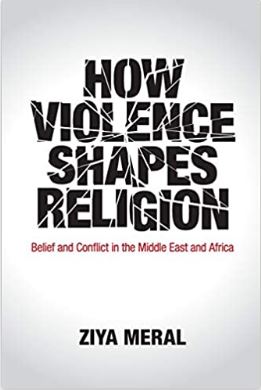 How Violence Shapes Religion: Belief and Conflict in the Middle East and Africa by Ziya Meral

Is there an inevitable global violent clash unfolding between the world’s largest religions: Islam and Christianity? Do religions cause violent conflicts, or are there other factors at play? How can we make sense of increasing reports of violence between Christian and Muslim ethnic communities across the world? By seeking to answer such questions about the relationship between religion and violence in today’s world, Ziya Meral challenges popular theories and offers an alternative explanation, grounded on insights inferred from real cases of ethno-religious violence in Africa and the Middle East. The relationship between religion and violence runs deep and both are intrinsic to the human story. Violence leads to and shapes religion, while religion acts to enable violence as well as providing responses that contain and prevent it. However, with religious violence being one of the most serious challenges facing the modern world, Meral shows that we need to de-globalise our analysis and focus on individual conflicts, instead of attempting to provide single answers to complex questions. 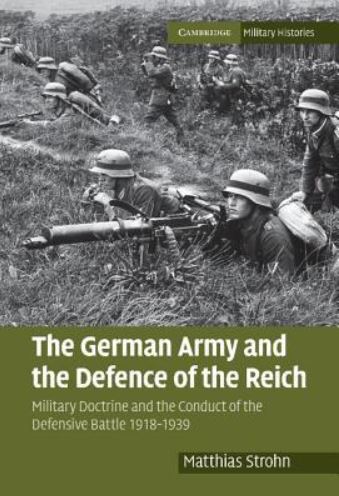 Historical research on the German army of the interwar period has concentrated on the development of the so-called ‘Blitzkrieg’. However, Matthias Strohn shows that for most of the time the German army, restricted by the terms of the Versailles Treaty, was too weak to launch an offensive war or even effectively repel an invader. Accordingly, the army focused instead primarily on planning a defensive war against superior enemies, especially France and Poland. Making extensive use of German archival sources, Strohn explores the development of military thought and doctrine for the defence of Germany and shows how these ideas were tested in war games and staff rides. His findings comprehensively revise our understanding of the German army in this period, shedding new light on the ideas of leading figures in the German military and how events, such as the occupation of the Ruhr in 1923, influenced military planning. 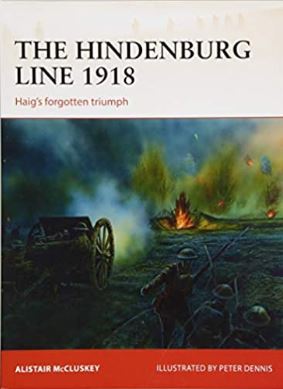 From 26 September until 8 October 1918, the Allied armies in France launched their largest ever combined offensive on the Western Front of World War I. The British, French, American and Belgian armies launched four attacks in rapid succession across a 250km front between the Argonne and Flanders. At the centre of this huge assault the British, First, Third and Fourth Armies, led by Field Marshal Sir Douglas Haig, breached the formidable Hindenburg Line defences and drove the Kairser’s Army from its last fully prepared defensive position west of the German border.

The impact of this defeat had a shattering effect on the Germans with their army admitting for the first time that an armistice was required to save it from annihilation. Although these decisive results were to a large extent consequences of the battle of the Hindenburg Line, the subsequent controversies over the conduct of the war meant that it went unheralded and has remained Haig’s forgotten triumph. 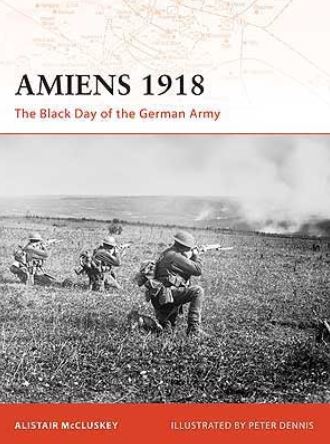 Amiens 1918: The Black Day for the German Army by Alistair McCluskey

The battle of Amiens was the turning point of World War I, confirming to all that the strategic initiative had decisively returned to the Allies. The battle heralded the arrival of new strategic, tactical and operational methods of attack for the Allies. Most importantly, by the time the battle ended on 11 August the desire of the German leadership to continue the war had been shattered. In this book Alistair McCluskey describes the course of the battle and the commanders involved. He details troop movements that illustrate the rapid advance of Allied forces, all of which are analysed using both traditional and bird’s-eye-view maps. Released to coincide with the 90th anniversary of the battle, this book is illustrated with some amazingly poignant rare photographs and full-colour artwork, providing a detailed analysis of the battle that heralded the beginning of the end of World War I. 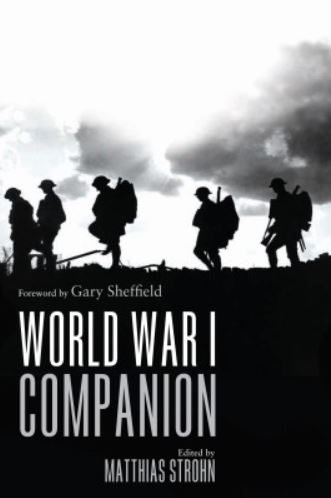 The pieces in this book form an excellent introduction to the military history of World War I that will also prove valuable to specialists in the subject.’ Professor Gary Sheffield World War I changed the face of the 20th century. For four long years the major European powers, later joined by America, fought in a life or death struggle that would topple the crowned heads of Europe and redraw the map of the Continent. It was a conflict unparalleled in its scale, which in turn fuelled devastatingly rapid developments in military technology, technique and innovation as the belligerent powers sought to break the deadlock on the Western Front and elsewhere. In the centenary of the outbreak of the conflict, 14 renowned historians from around the world examine some of the key aspects of the war, providing a wide-ranging analysis of the whole conflict beyond but including the stalemate in the trenches of the Western Front. 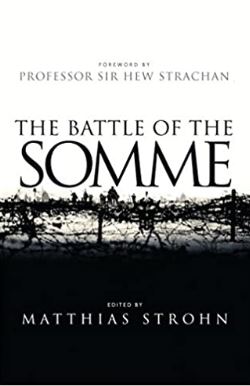 The Battle of the Somme Companion Edited by Matthias Strohn

Published to coincide with the centenary commemoration of the battle of the Somme, this new study comprises 12 separate articles written by some of the foremost military historians, each of whom looks at a specific aspect of the battle. Focusing on key aspects of the British, French and German forces, overall strategic and tactical impacts of the battle and with an introduction by renowned World War I scholar Professor Sir Hew Strachan, The Battle of the Somme is a timely collection of the latest research and analysis of the battle.
The terrors of the Somme have largely come to embody trench warfare on the Western Front in the modern imagination, but this new book looks beyond the horrendous conditions and staggering casualty rates to provide new, insightful research on one of the most pivotal battles of the war.