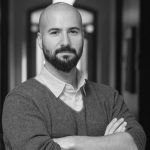 In the recent decade, the question of how emerging media formats and communication tools shape war and conflict has become quite popular for the scientific and military domains alike. This popularity owes to the ‘multi-directionality’ of digital media data in contrast to the unidirectional nature of traditional media, where the producers and consumers are well-separated, or traditional bi-directional communication technologies where two sides interact within a closed system. For the first time in human history, individuals can produce and curate their own information for a global audience, without any editorial intermediary or a significant gatekeeper.1 Presidents and CEOs have to compete for the same engagement and attention pool with that of Youtubers, citizen journalists and teen Instagram influencers. Every person with access to a social media platform is now a digital content producer, as well as a consumer, in a publicly accessible, measurable and continually evolving information ecosystem.2

This revolution has a plethora of implications for conflict and violence monitoring. Up until a decade ago, the fastest way a random civilian observer could learn about distant battlefield events would be through traditional media. Military frontline personnel would log these events and send them to the HQ. Commanders would then disclose a small portion of these events to the press, carefully curated by whether they support or weaken the national strategic narrative. Even with the advent of real-time broadcasting and war reporters in the 1990s, the influence of the military and traditional editorial gatekeepers did not wane.

Today, this picture is very different. Any civilian with access to the Internet and social media can now watch and monitor the Syrian war (or any conflict for that matter) in real-time, following the images and videos posted by the militants on the frontlines or from the locals that are adjacent to armed conflicts. The media and military gatekeepers are still important for the dissemination of verified and correct facts, but no longer have the monopoly of control over the battlefield information, and hence, of the narrative of the conflict.

However, social media has also bestowed militaries new tools for the study of war. From gaining insight into adversary morale to gauging public support for combatant groups, digital communication technologies have improved the ability of the armed forces to gather more granular information about the conflicts they are observing. This is especially true for civil wars where one or more parties to the conflict are armed non-state actors. Such actors use social media more extensively and in a less disciplined/coordinated fashion compared to state militaries. This, in turn, yields a promising range of new information regarding civil war dynamics.

The current research on how social media is changing conflict and the battlefield can be summarised in five strains of inquiry. These are namely: conﬂict onset; resource mobilisation; target selection; intensity/duration; and conﬂict termination, peacebuilding, and reintegration.

First of all, social media has significantly improved our understanding of the greed/grievance dynamics of war.3 The explosion of written (text) and visual (video/images) data provides ample opportunities to understand why large communities decide to take up arms and fight. Compared to more traditional forms of media, digital media offers real-time dissemination of narratives and events from a much larger pool of content producers. From a military standpoint, these cues turn into vital forms of battlefield event data on which types of repression lead to an insurrection (grievance), or what sorts of financial/status benefits enable the rise of militant leaders (greed).4

Second, social media provides a more in-depth look at how groups mobilise and generate resources. Such resources aren’t limited to human resources or financial assets but also includes how groups create, disseminate and sustain narratives that are integral to their resource mobilisation efforts. The majority of non-state combatants rely on social media for recruitment, small arms trade, and to attract funding/donations, providing critical insurgency data for militaries.5

Third, the networked and real-time nature of social media enables an unprecedented study of targeting and spotting behaviour. Parties to a civil war often broadcast their area control, or target prioritisation (checkpoints, critical infrastructure, religious sites, among many other targets), with an extensive accompanying text or spoken statement on why they pick that target.6 This is a critical source of information for militaries seeking to build area denial and target protection strategies.

Social media can also work well to understand the intensity and duration of a civil war. The escalation/de-escalation dynamics can be extracted from social media accounts of groups taking part in a conflict, providing much-needed insight into the drive, commitment and capabilities of these groups. Often, such data can yield critical narratives of in-group cohesion or polarisation, providing additional insights into whether these groups will endure, or break-away.7

Finally, social media can contribute to the study of conflict termination, peacebuilding and post-conflict reintegration efforts. Not only group disbanding and disarmament-focused messaging but also ideological transitions, socialisation and calls for non-violence can be followed to a great degree from social media outlets. Once such de-escalations happen, military peacekeepers, as well as deployed combatant forces, can either coerce the sides into non-violence or engage in supporting/cultivating existing de-escalation moves through non-violent means. In these contexts, social media becomes a helpful lens to observe ceasefire violations and compliance with de-escalation agreements as well.8

Current frontiers in research focus on how many digital diversions – trolls, bots and disinformation – impact battlefield data.9 We don’t know under what conditions social media ‘event’ data becomes a good source of information, and under which cases it becomes unusable due to the overwhelming presence of misleading or false content. Regardless, social media, as a source of conflict data and conflict communication, will remain for the foreseeable future and a valuable source of conflict and war data to monitor and harvest.

Although GCHQ, Home Office and the MoD already have extensive conflict monitoring programs,10 the sheer volume of conflict data is overwhelming for any single agency. In the future, these efforts and capabilities will have to be decentralised and autonomised into the battalion, or even company-level so that each unit can harvest such information and respond to the rapidly-changing battlefield reality faster. So understanding the dynamics of social media, even with advances in AI and machine learning, will remain an intensely human endeavour: as armies develop and remodel their force structures fit for the 21st Century, with an ever-growing tendency to talk about reducing manpower, will they have the capacity, for example, to have a social media cell in every rifle company?

2 Holt, Kristoffer, Adam Shehata, Jesper Strömbäck, and Elisabet Ljungberg. “Age and the effects of news media attention and social media use on political interest and participation: Do social media function as leveller?.” European journal of communication 28, no. 1 (2013): 19-34.

6 Brosché, Johan, Mattias Legnér, Joakim Kreutz, and Akram Ijla. “Heritage under attack: motives for targeting cultural property during armed conflict.” International Journal of Heritage Studies 23, no. 3 (2017): 248-260. Daskal, Jennifer C. “The Geography of the Battlefield: A Framework for Detention and Targeting Outside the” Hot” Conflict Zone.” University of Pennsylvania Law Review (2013): 1165-1234.

7 Hultman, Lisa, and Dursun Peksen. “Successful or counterproductive coercion? The effect of international sanctions on conflict intensity.” Journal of Conflict Resolution 61, no. 6 (2017): 1315-1339. Chaudoin, Stephen, Zachary Peskowitz, and Christopher Stanton. “Beyond zeroes and ones: The intensity and dynamics of civil conflict.” Journal of Conflict Resolution 61, no. 1 (2017): 56-83.

9 Tucker, J. A, and Guess, Andrew and Barbera, Pablo and Vaccari, Cristian and Siegel, Alexandra and Sanovich, Sergey and Stukal, Denis and Nyhan, Brendan, Social Media, Political Polarization, and Political Disinformation: A Review of the Scientific Literature (March 19, 2018). Available at SSRN: https://ssrn.com/abstract=3144139 or http://dx.doi.org/10.2139/ssrn.3144139