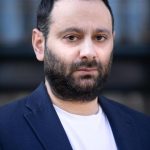 The coronavirus pandemic has reordered global politics – and human existence. For months, billions of people remained confined to their homes: locked down to stop the spread of mass contagion.  As both a near ubiquitous health threat and a global economic catastrophe, the virus has monopolized the attentixon of the international community to a degree not seen this century.

For malign actors seeking to further their own ideological and geopolitical goals this has been a fertile time: coronavirus is being used by an array of states and groups as a key tenet of their information warfare. Any vested interest with a narrative to promulgate is making use of the virus because of the informational advantages it offers First, it is a story that has dominated global headlines. A good Coronavirus narrative will have no trouble finding an audience among a transnational general public eager to absorb every new development.

Second, is what is has done to our information ecosystem. Our public sphere is turbocharged by social media; it has long been infested with the disinformation regularly pumped out across the major platforms by a variegated array of actors. Now, further polluting the space is a wave of speculation and theorising about the virus from people who do not intend to deceive but who remain desperate for some kind of clarity. Alongside disinformation now sits a tsunami of misinformation– the unintentional spreading of falsehoods. We are in the midst of an “infodemic” – a general explosion of information brought about by the virus that makes truth and fact more difficult to discern than ever.

And there is something else, too. as I wrote in The Spectator, coronavirus’s greatest gift to the propagandist is its immense plasticity. Because it’s invisible, coronavirus can take on the face of any enemy your narratives need. It is, as my friend the author Peter Pomerantsev declared to me ‘the ultimate empty signifier. You can project whatever you want onto it.’

All of this creates the perfect conditions for the world’s most adept disinformation actors to ply their trade – and ply it they are. Both Moscow and Beijing have been heavily active in the information sphere over recent months – and it is the West they are targeting. Their efforts have already drawn an angry response. “Foreign actors and certain third countries, in particular Russia and China, have engaged in targeted influence operations and disinformation campaigns in the EU, its neighborhood, and globally,” the European Commission said in a statement earlier this month.

The problem is egregious. According to an EU Report, pro-Kremlin sources and Russian state media are running a coordinated campaign with the twofold aim of, first, undermining the EU and its crisis response, and, second, sowing confusion about the origins and health implications of Covid-19/coronavirus.” Meanwhile, the New York Times reported that U.S. officials claim that Chinese agents helped to spread messages that caused mass coronavirus panic – specifically fake text messages and social media posts that said President Donald Trump was locking down the entire country. And then of course was the endless content highlighting China’s ability to lock down its population more thoroughly than anywhere else on earth. This was, it claimed, clear evidence of the superiority of Chin’s political system.

Coronavirus can be whatever we want it to be: so, for Russia it becomes yet another example of Western inadequacy; for Beijing, yet more proof of the superiority of Chinese autocracy. And there is more. Many hold China responsible for the spread of the virus: it originated in the Chinese city of Wuhan, likely due to a lack of proper food hygiene regulations. China then reportedly covered up the extent of the problem – even gagging those of its citizens who tried to warn the rest of the world what was coming.

Beijing is now in the international doghouse – so it has gone onto the attack, eager to provide the badly needed Personal Protective Equipment (PPE) that we in the west – due to the negligence of our own governments – are severely lacking. Countries like Serbia have suddenly became the focal point of China’s so-called “masked diplomacy,” as Belgrade, along with five other Western Balkans countries, recently received donations of medical supplies, including the in-demand surgical masks, from the Chinese government. Beijing is also sending doctors and medical staff to Europe – especially to the southern countries that have been angered by the seeming indifference of their richer Northern counterparts in the wake of their virus suffering.

Now Russia is weighing in with its own aid propaganda. It famously sold an aid shipment to the United States in early April that left former State Department officials “mystified” and “bemused.” It has also sent medical supplies to Italy emblazoned with the catch phrase “From Russia with Love.” Russian medical experts and doctors also arrived as the country struggled badly with Coronavirus earlier this year.

As ever, it’s not their strengths but our weaknesses that hands our enemies the advantage. This lesson, above all, we in the West must internalise. The mistakes are clear: first, our initial chaotic response to the virus caused confusion among our own populations. Then it became clear we had not prepared properly for the pandemic the experts had long warned was coming. Across the West, initial government messaging was contradictory and unclear. This afforded Beijing and Moscow the opportunity to attack the informational fissures that had opened up. Then, as things got worse, we failed to unify sufficiently. The EU, especially, saw a schism threaten the very stability of the organization and which, once more, gave both Russia and China a greater opportunity to exploit cracks in Western unity.

Coronavirus has been an informational as well as a health crisis. It has given those who would seek to undermine us the perfect opportunity to do so. When the threat finally subsides, we must take stock and learn from our mistakes, we cannot keep handing the advantage to show who wish us nothing but ill.