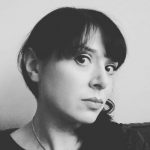 As the Russian Federation marks the anniversary of WWII, the country has consecutively (and predictably) been bolstering its disinformation efforts – particularly those targeting northern and eastern European countries formerly under Soviet occupation. Meanwhile, Russian voters headed to the polls last week to ostensibly have their say in the country’s constitutional reforms, which will essentially allow Russian President Vladimir Putin to rule for two more consecutive presidential terms in 2024 – and, which could lay the groundwork for the Russian Federation to extend its reach.

Victory Day celebrations in the Russian Federation are traditionally held on May 9. However, COVID-19-related complications prompted the country to postpone events until June 24. In June, Putin also published a widely-publicised 9,000 word editorial in the National Interest whitewashing the Soviet Union’s wartime activities. This editorial justifying Soviet occupations appeared at the same time as a handful of other Russian efforts which suggested that life in the Baltic nations was wonderful under the Soviet regime.

Of the Baltic states, Putin writes: “In autumn 1939, the Soviet Union, pursuing its strategic military and defensive goals, started the process of the incorporation of Latvia, Lithuania and Estonia. Their accession to the USSR was implemented on a contractual basis, with the consent of the elected authorities. This was in line with international and state law of that time … The Baltic republics within the USSR preserved their government bodies, language, and had representation in the higher state structures of the Soviet Union.”

The Soviet occupation of the Baltics was extremely violent and traumatic, and to many residents, present-day Russia’s proclamations of its legitimacy is nothing short of a horrifying insult. As I detail in the first chapter of my book ‘The Shadow in The East: Vladimir Putin and the New Baltic Front’, Estonians, Latvians and Lithuanians who lived through the era tell stories of torture, rape, and widespread destruction at the hands of Red Army soldiers. It was particularly nefarious for Putin to publish this article just as the Baltics mourn the 1941 June deportations when tens of thousands of Baltic civilians, predominantly women and children, were stuffed into cramped cattle carts by the Soviet regime and shipped to camps in what is today Russia’s mainland. Several died along the way, and thousands fled their homelands as refugees.

While the annexation saw some support from local supporters of the Soviet regime, government bodies were only superficially preserved. The local political and cultural elite/intelligentsia and other key personalities were among the first to be arrested and deported. Regional cultures and languages were not respected by the occupying forces, which attempted to implement extreme Russification processes – with few – if any – attempts to learn the local languages (a process known as asymmetric bilingualism). Putin’s proclamation that the Baltic states were  incorporated (as opposed to occupied) “in line with international and state law” – bears obvious similarities to the much more recent Russian annexation of Crimea.

Shortly following its publication, Russian Embassy twitter accounts started posting articles supplementing Putin’s argument. Russia Beyond, an indirect arm of Russian state propaganda (it is part of the government-operated Rossiya Segodnya organisation via a parent company) published an article proclaiming how wonderful life in the Baltic states was under the Soviet occupation. The piece titled “Why the Baltics was a great place to live under the Soviets” claimed that the USSR injected money into developing the region’s potential – whereas historians have repeatedly found that large portions of income from more-developed Baltic countries were often redistributed elsewhere at the expense of local Baltic interests.

However, Russian efforts to promote this narrative spread far beyond this lengthy opinion piece in the National Interest and a Russia Beyond listicle, and there were even attempt to perpetuate the myth of Baltic “incorporation” further in academic circles. Several German historians noted that after the piece’s publication they had received emails from the Russian Embassy in Berlin with the recommendation that they “use Vladimir Putin’s article when preparing future lectures on history”. Russian “historians” such as Alexander Dyukov and Vladimir Simindey from the country’s pseudo-academic Historical Memory Foundation have also been active in the past couple of months, with Dyukov posting repeatedly in an English-language academic Facebook group called Memory at War Forum. He carefully refers to “incorporation”, while posting further articles from a platform he heads.

Dyukov is well-known in Estonia, Latvia and Lithuania for having previously compared Baltic deportations to a family trip to the countryside. Meanwhile, his colleague Simindey took a stand in ostensibly Estonian media brushing off speculations about Baltic “occupation” (I say ostensibly, as while Tribuna is not notoriously pro-Kremlin, the publication is overseen by Rodion Denisov – who who was arrested in Kosovo in 2017 alongside Latvian journalist Juri Aleksejev, and who has been photographed alongside Russia’s US ambassador Anatoly Antonov). Both Dyukov and Simindey have been directly named by Baltic security agencies – yet their presence in such low-key discussion groups often goes overlooked.

However, the convoluted web of contacts disseminating similar shaky interpretations of WWII history at every level likely has reason beyond pure malice and propaganda. Russian citizens have cause to feel chagrined at contemporary “western” coverage of WWII memory in the present day, with little credit afforded to the ~20 million men who lost their lives on the Soviet side (the US and the UK each  lost approximately half a million). Today they are barely recognised by either the US or the UK for the pivotal role they played during WWII, while younger relatives still carry their portraits through Russia’s streets on WWII anniversaries. The Baltics have begun to take some steps  in recent years to emphasise they understand and appreciate Soviet sacrifices, but with articles like Putin’s continuing to adamantly deny Soviet culpability for the horrific  suffering experienced by native Baltic populations, Estonia, Latvia, and Lithuania  will have have difficulty remaining so accepting. Indeed, they should stay vigilant too given Russia’s recent movement both at home and in the geopolitical sphere.

On July 4 Russia’s new constitutional amendments came into effect after voting took place only three days earlier. While the most noteworthy change was that it would allow Putin to run for two more terms, there were some smaller interesting tweaks too. Articles 67 and 68 of the amended Constitution lay the groundwork for “empire building” (as one Estonian MP put it) – by stating that the Russian Federation is the successor to the Union of Soviet Socialist Republics, and an entity with a 1,000-year history. The amendments further added that “the Russian Federation supports compatriots living abroad in exercising their rights, ensures the protection of their interests and the preservation of the Russian national cultural identity.”

Alone, these different occurrences may seem innocuous when considering the wider Russian threat, but by styling the Baltic states as once-willing Soviet republics as Russia simultaneously pledges to preserve Russian cultural identity abroad, they could well remain NATO’s weak spot. I often advocate a calm approach when faced with “the Russian threat”, specifically regarding the Baltics as Russian media statements can often be blown out of proportion. But vigilance is also extremely necessary. Yes, Putin is the kind of character who seems to enjoys provoking a reaction from these countries, but that doesn’t mean we should underestimate Russia’s very real capabilities.  They have proven extremely effective – and at a great human cost – as the borderlands in northern and eastern Europe know all too well.

Aliide Naylor is the author of ‘The Shadow in The East: Vladimir Putin and the New Baltic Front’ (I.B. Tauris, 2020)