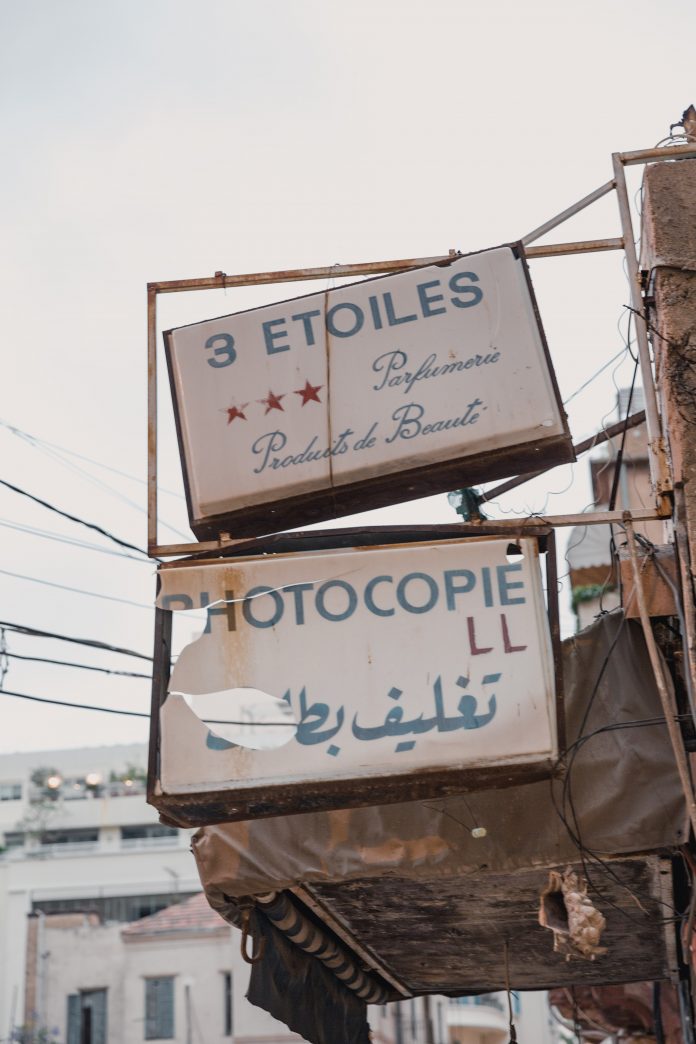 The French imperial legacy has created a complex human net between France and North African countries or Lebanon, from which derives a number of social, economic, security and political dimensions. Binational citizens and French citizens personally connected to these countries are the backbone of a large spectrum of bilateral relations in the field of science, trade, and culture. The network of schools and cultural institutions is also a central feature of this human connection. In 2017-2018, 39% of French schools in the world were in the North Africa and the Middle East, with almost 136,000 pupils in 128 schools. Cultural exchanges and projects, like the Louvre Abou Dhabi, further strengthen bilateral relations. The Middle East and North Africa is a key area for French exports and industrial expansion. French carmakers or metro companies cooperate with North African companies on strategic projects in Tanger or Oran.

Lebanon is a good example where these dimensions interact with a burning geopolitical scene. France is home to a large and vibrant community of French-Lebanese binationals, creating a constituency that expects France to care about Lebanon. Moreover, French foreign policy circles see Lebanon as key to the regional balance. Macron’s visits in Lebanon following the August 4th blast in Beirut thus built on traditional French policies, including the push for economic reforms through the 2018 CEDRE Conference or the French dual approach to Hezbollah, to bring a renewed diplomatic push to avoid a Lebanese economic collapse and support the protest movement.

While Arab and Jewish binational communities are essential parts of French connections to the Middle East and North Africa, it makes the French society particularly sensitive to the situation in the region. France was directly affected by the civil war in Algeria in the 1990, for instance through a series of terrorist attacks planned by the Algerian Armed Islamic Group (GIA) in 1995. The Israeli-Palestinian conflict remains another element of polarization within French society. These domestic dimensions make the issue of stability in the region a key security interest for France.

The rise of ISIS illustrated this dynamic. Hundreds of French nationals joined the terrorist organization, which ordered the attack the Bataclan concert hall in November 2015. The new Jihadi dynamic created by ISIS made domestic security and foreign policy even more intertwined. France cooperated successfully with the US and the UK against ISIS in Syria, Iraq and Libya. In that respect, French military bases in Jordan and the UAE are essential to French projection of power in the region, independently if need be even if US capabilities remain key in the fight against terrorism.

Beyond the military dimension, political stabilization is seen in Paris as key to address the roots of terrorism. Paris invested in humanitarian and stabilization efforts in Iraq and Syria since 2014 but considers these efforts cannot be successful in the long run without political solutions. Paris therefore tries to articulate the short term security dimension of counter terrorism with longer term efforts to contribute to multilateral political processes in Libya, Syria, or Iraq.

Macron’s recent visits to Lebanon (August and September 2020) or Iraq (September 2020) are consistent with these efforts as well as with a tradition based on sustaining bilateral ties and mediating when possible. In Iraq, France has been a committed partner both to Baghdad and Erbil since at least 2014. Former French Minister of Defense and current Foreign Minister Le Drian have made multiple trips to Iraq. France contributed to the Global Coalition to Defeat ISIS, providing artillery, air support, and training to Iraqi security forces. France additionally supported post-ISIS reconstruction in Sinjar and Mosul and loaned Iraq $512 million in 2017.

The French constitutional framework supports this diplomatic activism by granting reactivity and flexibility to the President. There is in the French diplomatic culture a specific premium to new initiatives and using a convening power to give a stronger political impetus to multilateral frameworks. Accordingly, President Macron has gathered the main Libyan actors and the UN Special envoy for Libya in 2017 and 2018, but also supported European efforts to salvage the JCPoA through its attempt to organize a meeting between President Trump and President Rouhani to open new negotiations on the Iranian nuclear program in September 2019. Macron’s recent emphasis on Iraqi sovereignty is also born out of a fear that further attacks from Iranian-backed militias against U.S. assets could solidify Iraq as a hotspot for US-Iranian tensions.

Paris combines presidential prerogatives in foreign policy with its influence within different multilateral institutions depending on the subject and the effectiveness of each framework. The European dimension of French policy in the Middle East resonates in particular with a broader desire to strengthen European foreign policy. Macron has promoted European Union sovereignty and solidarity, with an emphasis on borders, since 2017. This impacts French reactions to crises in Libya, Syria and the Eastern Mediterranean, which are a crossroads of European and MENA geography. While NATO is perceived as an effective operational framework for military action, many French initiatives include a focus on the role of the Security council of the UN, where France is a permanent member. Examples such as the Anti-ISIS coalition or the EMASOH maritime mission in the Strait of Hormuz show that ad hoc formats can also be used if they provide more flexibility.

This multilateral dimension echoes French tradition of bilateral diplomatic engagement in MENA countries as well as its ties with specific local actors, for instance counter terrorism partners. Two good examples of crisis where France combines all these dimensions are Syria and Libya. France supports the inclusion of the Syrian democratic forces, the partner of the Anti-ISIS coalition in Syria, into the UN-led diplomatic process in Syria because Paris sees it as essential to have all Syrian parties and minorities to negotiate on a political settlement. In Libya, on the one hand, Paris assessment has been that Libyan military actors like Hafter, with whom France cooperates in counter terrorism, have been bigger spoilers of the UN-led process when they were excluded from it and therefore attempted to push them into negotiations. On the other hand, France’s position in Libya has also been increasingly shaped by a stronger European dynamic with Germany, Italy and EEAS since the start of the Berlin Process.

The chronology of French-Turkish tensions in the Middle East and North Africa is consistent with these dynamics. After unsuccessful bilateral and multilateral attempts, notably with Berlin through a summit in 2018, to work with Ankara to address Turkish security concerns regarding the Syrian democratic forces, Paris has adopted a more vocal approach. Erdogan is perceived in France as exploiting all possibilities to assert his position despite genuine offers from allies like the US, France or Germany. Paris keeps trying to open a more constructive dialog with Ankara but the number of points of tension is increasing, from ambiguous relations with Jihadi groups in Northwest Syria to blackmailing Europe with refugees. French criticism of Turkey’s intervention in Libya is a direct lesson learned from Syria in this respect, where the Russian-Turkish tandem has undermined both American and European interests. Paris sees how Ankara’s entrenchment in Libya could be used as migration blackmail against Europe in the same way Turkey leveraged Idlib. France therefore pursues both military solidarity with Greece and efforts to mediate with Turkey within NATO and the EU.