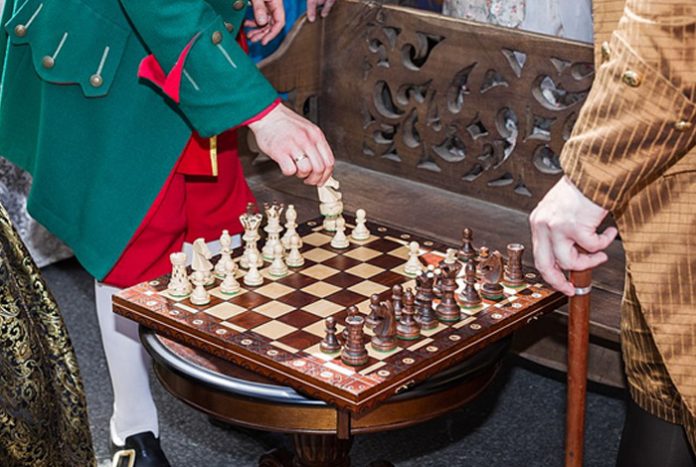 To understand better the global context of human interaction, and the constancy of the eternally oppositional environment of international power competition, a day reading the very short book by Sir Michael Howard entitled The Invention of Peace would be time well spent.2 Howard explores history to demonstrate that human competition, often characterised by organised violence, has been the norm between societies. Only in the Enlightenment did views start to change, and, he argues, a chimerical notion of ‘peace’ appeared as a realistic-to-hope-for normal state of being. The experience of the two World Wars and the invention of nuclear weapons gave the Enlightenment view of the desirability and achievability of ‘peace’ a new weight. But, he urges, we should not be distracted by a wish for the impossible, rather better that we put our energies into the achievable. He opens the book with a quote from Sir Henry Maine (1822-88): ‘War appears to be as old as mankind, but peace is a modern invention’. So, competition is the inevitable state of being – harmony is not. Having the insight that this short book provides of the context of the broader question of Great Power Competition, as a foundation for debate and discussion at the Forum, would be most advantageous.

Continuous competition and the questions surrounding this issue are thus as old as human conflict itself. The fact that ‘the west’ seems to have been taken off guard by recent developments in the Ukraine, in the Crimea and in other places of the world are not the consequence of a change of the character of conflict (or indeed, the nature, as some people have suggested). In essence, they have much to do with an intellectual complacency in the western world when it comes to understanding the concepts of constant competition. The experience of bi- and uni-polar world systems, which dominated our world between 1945 and the early 2000s, have blurred our understanding of this. Or, as Emma Ashford said in a recent article in Foreign Policy, ‘Whether one is talking about 16th-century rivalries among empires, the imperialist scramble for Africa, or the Cold War struggle between the capitalist and communist blocs, states have always jockeyed for power and influence.’3

In 1948, George F. Kennan wrote a proposal to the US State Department outlining his ideas for ‘political warfare’ (i.e. sub-threshold activities) in the struggle with the Soviet Union. He wrote that ‘Lenin so synthesised the teachings of Marx and Clausewitz that the Kremlin’s conduct of political warfare has become the most refined and effective of any in history’. In light of recent actions, we can see that this statement is still relevant today. Kennan also stated that ‘The creation, success, and survival of the British Empire has been due in part to the British understanding and application of the principles of political warfare.’4 Britain lost this edge with the end of Empire and a conceptual concentration on high-intensity warfare within NATO, despite experiences such as Northern Ireland.5 With regards to sub-threshold activity, we need to understand that our current binary understanding of war v peace puts us at a disadvantage. As Andrew Sharpe wrote: ‘if we are going to compete for advantage in this constant competition, we need to resolve the paradox of reinforcing and propping up a set of rules (which we presumably will then obey ourselves) and thus explaining clearly to our opponents how we will play the game, without finding ourselves outplayed by those who do not seem to feel the need to follow those same rules. Perhaps we are doing that already, and are so good at it that we are double-bluffing our opponents and playing a game of deep disinformation… f we are not, however, then those who talk glibly of ‘Threshold’, ‘Sub-Threshold’ and rules may find themselves competing at an unwinnable disadvantage.’6

Before any meaningful discussion of, and participation in, continuous competition can take place, we need to understand what the aim of it is. In the present debate, it seems that there is a lack of understanding of what the end-state could be. As a Grand Strategy, described by John Lewis Gaddis as ’the calculated relationship of means to large ends’, Great Power Competition seems ambiguous at best and misleading and harmful at worst. The 2017 US National Security Strategy states that the world is an ‘arena of continuous competition’ for which the US must prepare. Similar words can be found in the IR. This suggests that just being ahead (or staying ahead) in this type of competition is an end in itself, because a final end-state or strategic outcome is not presented or even realistic in this context. If we regard great-power competition simply as a means, it remains somewhat unclear what the ends may be. If we regard it as a state of being, then a discussion about ends may become, at the very least, better situated.

Coherent strategy requires the prioritisation of objectives and the matching of means to ends. Achieving (military) success in conflict and war might be comparatively easy compared to overarching (political) victory. Military success per se is seemingly finite (defeating the enemy in battle) while the political outcome is not, and history does not stop after a battle or a peace treaty. In recent years, ‘the west’ has shifted its views from fighting wars (with, at least, finite military outcomes) to a more amorphous view with regards to outcomes of war (rather than constant competition). The reasons for this are: the place of international law in conditioning the use of force; the presumption that the purpose of defence is to deter, not fight; and the open-endedness of security which fuses individual needs and rights with those of the state as a whole.7 In order to develop military strategy that is coherent with political policy, the role of the military needs to be more clearly defined within this ‘trinity’, otherwise the Army runs the risk of attempting to participate in all activities without creating a point of main effort. To achieve this will be difficult, not least because of the population’s wide-spread expectation that the Army can, and will, participate in all of the relevant areas. To put it provocatively: an Army exists to inflict pain upon the nation’s enemies, and not to support the fight against COVID, yet the nation takes for granted that the Army will be on hand for all eventualities. Arguably, the Army should (or, if too constrained by resource, may have to) concentrate on its USPs in this area, although it is understood that other activities are important, not least for public perception. Vitally, therefore, maximising areas of genuine competitive advantage (where, perhaps, one may hold an asymmetric advantage over one’s competitors) ought to be the focus of any resource-limited competitor.

In the scenario of continuous competition, an all-government approach is needed, and the Army is increasingly only one player amongst others, both within government and outside it. This complexity is not a new phenomenon (no war or conflict has ever been waged exclusively with military means and for military outcomes), but the diffusion of society and its expectations demand a clear positioning of the Army. Otherwise, the Army runs the risk of being torn and trying to serve too many demands, both conceptual and physical, without achieving success in any. The wide approach necessary in continuous competition demands a closer interaction with other government agencies, and with allies, and this interaction should be intensified at Army level in order to understand what Army strategy can achieve and which instrument the Army can play best in this concert of government.

In the time of ‘Global Britain’, and within the context of the continuous competition, it is imperative to gain a thorough understanding of our friends and adversaries. This understanding was at the heart of the British ‘political warfare’ in the past, as described by Kennan. The deep understanding of the peoples of the Empire meant that Britain and its Army were able to respond successfully to emerging threats. With the end of Empire, Britain has lost this edge of understanding. In order to prevail in the strategic context of continuous competition, and in line with British policy, investments in this area will reap military and political gain. First steps have been taken with increasing the partnering with other nations and enhancing the Defence Attaché networks. Much more could and should be done in these areas, and it is important to remember the ‘established partners’ within NATO. Increasing the co-operation with these would not only cement the existing relationships, but would also help to overcome potential uneasiness in those countries as a result of Brexit and the strategic re-alignment of the British Army as a consequence of the IR.

In short, the IR tells us that Britain, in concert with her allies, intends to engage more dynamically, across all levers of power, in the constant and unavoidable (except through a policy of robust neutrality) global great power competition. If this is so, and to be conducted by design and for advantage (as opposed to by necessity and to survive) our ability so to do will depend upon the depth of: our understanding of the deep context; our understanding of the rules of the game, and of the pliability and frangibility of those rules; and, vitally, our understanding of (and even empathy with) the minds, mind-sets, intents, aims, freedoms and constraints of the other competitors, be they friend, neutral or opponent. Success in this competition will be about driving the decision-making process of others to work to our advantage (it does not necessarily need to be to their disadvantage, but it does need to be to our advantage) and seeking out areas of relative advantage and exploiting them in a coordinated way for a commonly understood goal – and that, at base, this ‘Great Power Competition’ is all about a struggle for the holding of the initiative on the grandest of scales.