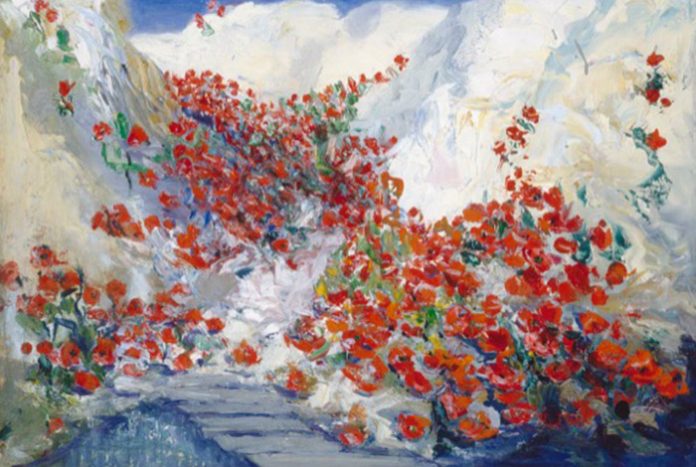 Every 11 November, since 1919, Canadians have gathered for Remembrance Day ceremonies. These ceremonies are very similar to those marked in Britain and throughout the Commonwealth and have changed little in 102 years. Poppies are worn, wreaths are laid, moments of silence observed…and then life goes on.

For many Canadians, remembrance is synonymous with history, times past and places far away. Insulated by the Atlantic and Pacific Oceans, Canada did not endure invasion or aerial bombardment, and there are few physical reminders of the cost of war, apart from dedicated memorials. High points of Canada’s military history are touched upon in school curriculums, but most Canadians are largely unfamiliar the details of with their country’s war record. This was illustrated when, on a battlefield study in Northern Italy a few years ago, I encountered a group of Canadian cyclists touring the Emilia-Romagna region. They were quite surprised to come across a British Army syndicate discussing the Second World War, and possibly even more surprised to learn that Canadian forces had been heavily involved in the fighting for Italy in 1943 and ’44.

In the Second World War, Canadians, some 1.1 million of them, fought not only throughout the length of Italy, including in Sicily, but also in France, Germany, the Netherlands, and Hong Kong, whilst thousands more took to the seas and skies with the Royal Canadian Navy, the merchant marine, the Royal Air Force, and the Royal Canadian Air Force. The United States of America’s Lend-Lease programme is well-known; but Canada also gave its Billion-Dollar Gift and Mutual Aid, supplying money, munitions and material to Britain and other Allies.

And as with others, Canada’s Second World War effort came less than a generation after World War I, in which 650,000 Canadians served on the Western Front and in Russia. In 2014, 2016 and 2018 the British Army conducted a series of battlefield staff rides and remembrance events under the banner of OP REFLECT, and as the attendees will have seen, Canadians and Newfoundlanders (Newfound was then an independent colony: it joined Canada in 1949) earned a reputation for their fighting abilities – and they sustained heavy casualties in the process.

Both World Wars had a profound effect on Canada, shaping the country economically, politically, socially, and demographically. Canada entered World War I as a self-governing dominion, part of an Imperial family, and by the end of World War II was an autonomous nation (though still very much part of the Commonwealth). Significantly, Canada, like Australia and New Zealand, found a deep sense of national identity on the slopes of Monte Cassino that matured and strengthened throughout 1944, on through Italy and then in the bocage of Normandy. The ‘dominions’ no longer felt like ‘dominions’ and did not care to be treated as adjuncts to British commands, but as commands in their own right. Arguably, much of Canada’s sense of nationhood, of ‘coming of age‘, was forged through the contributions of its service men and women in the two World Wars.

Of course, military engagements did not end after 1945. Canadians fought in the Korean War, and have now served in 72 different international deployments, most under the auspices of the UN or NATO. Afghanistan involved Canadian forces in an extensive and sustained combat role for the first time in 52 years. Canada’s armed forces are respected, but their role in international engagements is seen as discretionary, and to be undertaken only for a clearly just cause. Attempts in the mid-2000s to recast Canada as “a warrior nation,” and, despite what I have said immediately above, to portray significant battles as nation-defining moments, sat uneasily with a national identity consciously created in a postwar, post-colonial era, when Canada was redefining its relationship with Britain and the United States. Canadians prefer not to see themselves as a martial people, but as a country that undertakes military action out of necessity for the preservation of human life and human rights.

Most modern Canadians have been fortunate not to have experienced war first-hand. Veterans of World Wars I, II and the Korean War have passed away, and memories of wartime people and events have long faded. There are many Canadians who arrived after 1945, for whom World Wars are not part of their personal history. Remembrance therefore becomes a challenging concept – how do postwar generations remember something they did not experience, and to which they have no personal connection? Popular Canadian military history often examines the social history of war, the role of women, ethnic minorities, children, and even animals, to make history more relatable and accessible to an audience with limited military exposure, and a cultural aversion to the glorification of violence and conflict.

In Canada Remembrance Day diminished in importance in the 1960s and 1970s, amidst changing social practices and cultural attitudes, tensions between English and French Canadians, and a strong anti-war movement in reaction to the threat of nuclear war and the Vietnam War (though Canada was not involved). Significant anniversaries since the 1990s have, however, brought renewed attention to Canada’s wartime endeavours. Community and family history projects have sought to restore or establish new war memorials, and to give names, faces, and stories to local war dead, making war tangible and personal. Emphasis is placed on the sacrifice and loss of young life, rather than on victory or fighting prowess – reflective of the Canadian attitude towards war.

This contemporary grassroots remembrance brings us full circle to the initial efforts at remembering Canada’s war dead. In the years following World War I, Canadian communities – from tiny rural villages to major urban centres – raised funds to erect memorials to the 66,000 Canadians who had died so young and so far from home. Some are cenotaphs, others are bridges, sculptures, cairns of stones, or stained-glass windows in churches, plaques in schools, and universities. This loss of life was much more painful and palpable in 1919 when names on memorials had memories attached. But a century later, honouring the sacrifice of life is a way for Canadians to remember – even if only for one silent moment – that the peace they enjoy came at a very high price. And it is surely the need to keep reminding ourselves of that fact, regardless of our national backgrounds or our national views of martial prowess, that we should strive to preserve.