The requirements for a Nation’s Foreign Policy to adjust course in response to changes in the Geo-Strategic landscape is not new – nor is the fact that, in times of significant changes on the world stage, more significant alterations in policy direction will be required.

In this commentary piece, Andrew Ehrhardt looks back at the significant changes to British Foreign Policy in the period 1900 -1905 and highlights some of the echos from history that are worth considering today.

The Fifth Marquess of Lansdowne and Britain’s Grand Strategic Reset, 1900-1905 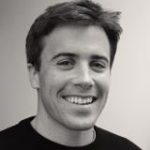 The Fifth Marquess of Lansdowne’s tenure as Foreign Secretary between November 1900 and December 1905 has long been overlooked, but his policies initiated one of the most significant periods in British diplomatic history. He had inherited a grand strategy of non-alignment which, while largely successful in previous decades, was quickly becoming an outdated policy as a result of a changing international environment. The future of the international order, which was now beset with rising powers such as the United States, Germany and Russia, was uncertain; yet one thing was clear: Britain’s past position and influence was fading. Faced with this challenge, Lansdowne broke with the traditional foreign policy of his predecessor, Lord Salisbury, and settled longstanding disputes to repair historically strained relations and forged alliances to shore up British vulnerabilities. His three major achievements—the Anglo-Japanese Alliance of 1902, the Anglo-French Entente of 1904, and the rapprochement with the United States—are lessons in strategic, pragmatic and innovative statecraft.

By 1900, the elaborate celebrations that had marked Queen Victoria’s Diamond Jubilee in June 1897 were soon overshadowed by increasing doubt as to Britain’s position in a changing geopolitical landscape. The global hegemon, broadly speaking, since the end of the Napoleonic Wars, the Empire was now subject to shifting geopolitical sands marked most notably by a rise of adversarial powers, including Russia, Japan, Germany, the United States, and France. Not only were these nations growing in military and economic might, but the country was mired in an embarrassing quagmire of its own making, as the insurgent forces of the Boer Republic tested the ill-equipped and unprepared British Army in South Africa. The changes in international politics, coupled with military overstretch, thus created a new national reality in which British power declined, relatively speaking, and quarters of the population simmered with existential anxiety. As a leading journalist warned, ‘The Empire stripped of its armour, has its hands tied behind its back and its bare throat exposed to the keen knife of its bitterest enemies.

The changing international order forced a reevaluation of certain first-order principles of British foreign policy. The policy of non-alignment with powers on the European continent—referred to as ‘Splendid Isolation’ by members of the press and government ministers—had been the guiding principle of British grand strategy since the premiership of Benjamin Disraeli in the 1860s. Although more of a policy of non-alignment than strict isolation, it was based primarily on maintaining the Empire, avoiding continental entanglements, and acting, periodically, as the arbitrating weight in the European balance of power. In other words, Britain would throw its support either to the Dual Alliance (comprised of France and Russia) or Triple Alliance (comprised of Germany, Austria-Hungary and Italy) in order to deter whichever bloc was the more aggressive in a given dispute.

The champion of the policy through the last two decades of the nineteenth century was the 3rd Marquess of Salisbury, who had served for three non-consecutive terms in his dual role of Prime Minister and Foreign Secretary. In defending his opposition to committing Britain to alliances, he wrote,

“Except during [Napoleon’s] reign we have never even been in danger; and, therefore, it is impossible for us to judge whether the isolation under which we are supposed to suffer, does or does not contain in it any elements of peril. It would hardly be wise to incur novel and most onerous obligations, in order to guard against a danger in whose existence we have no historical reason for believing.”

By 1900, a new Foreign Secretary, Lord Lansdowne, entered office and though serving under Lord Salisbury, managed to begin what today might be called a grand strategic reset. Given the changing power dynamics in the European and wider international order, Lansdowne pressed the need for a strategy suited for the times, a strategy which would become the hallmark of his time as Foreign Secretary.

“In these days war breaks out with a suddenness which was unknown in former days, when nations were not, as they are now, armed to the teeth and ready to enter on hostilities at any moment…I would entreat your Lordships to…not to allow your judgment to be swayed by any musty formulas or old-fashioned superstitions as to the desirability of pursuing a policy of isolation for this country.”

The new approach was aimed at the same objectives—namely that the British Empire must remain a secure and influential player in world affairs; and two, that British commercial interests would not be affected. The strategy for achieving these objectives was to move away from the policy of isolation and instead work towards developing and repairing strategic partnerships. The Anglo-Japanese Alliance (the first for Britain in over a century and intended to secure British interests in the Far East) was signed in 1902, followed by the Anglo-French Entente (designed, in part, to work towards a new relationship with Russia, France’s alliance partner) and the Anglo-American rapprochement (arguably the most important in terms of repairing strained relations with the most powerful country in the western hemisphere). As the historian Paul Kennedy later pointed out, Britain’s position by 1905, when Lansdowne left the Foreign Office, was ‘more favourable than it had been for the previous two decades.’

Squeezed between two pillars of British foreign policy in the nineteenth and twentieth-centuries—Lord Salisbury and Sir Edward Grey—Lansdowne’s tenure in the Foreign Office has been largely undervalued by those concerned with contemporary international affairs. Few commentators and even fewer practitioners look to the work of the Marquess of Lansdowne, who, when he became Foreign Secretary in 1900, inherited a British foreign policy that was stagnant and ill-suited to a changing international environment, which included new political and economic challenges from rising powers. The way in which Lansdowne responded to these changing realities offers important insights for diplomats of every ilk, but none more so than American and British statesmen who face their own unique challenges in the present day.

The British government’s current position, in particular, marks one of the most challenging strategic resets since the end of the Second World War. The decision to leave the European Union and the ongoing Covid-19 pandemic will test the Foreign Office in new and unfamiliar ways, all of which will require concerted strategic initiative. It is worth noting that the country has, at times, suffered from a listless foreign policy over the last decade. As far back as 2010, then Foreign Secretary William Hague commented that the Foreign Office had ‘all but lost the capacity to think strategically.’ An article in Prospect magazine eight years reflected little improvement, as former Permanent Under-Secretaries Peter Ricketts and Simon Fraser lamented that the Foreign Office had ‘no clout’ and was ‘timid.’ As the current Foreign Secretary Dominic Raab attempts to chart a new course in the months ahead, he would do well to channel some of Lansdowne’s ability to recognize the changing landscape in international affairs—as well as Britain’s position within that system—and to offer a cohesive strategy which harnesses the nation’s strengths and shores up its weaknesses, whether on the military or economic plane. Crucially, Lansdowne’s warning from 1905 that ‘no nation…can venture to stand entirely alone’ offers a pearl of wisdom today, as Britain, now firmly in the ranks of the middle powers, seeks to shore up its influence either through realignment or renewals of its economic and security partnerships.

Andrew Ehrhardt is a post-doctoral fellow with the Centre for Grand Strategy at King’s College London.

Note: This piece has been adapted from a forthcoming chapter titled ‘Approaches to Strategic Resets in Diplomacy: The Case of the Fifth Marquess of Lansdowne’ which will be included in the volume New Perspectives in Diplomacy, edited by Claire Yorke and Alastair Masser and published by Bloomsbury Press.