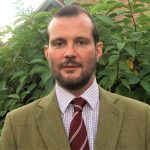 On 8 May 2020, we see the 75th anniversary of the end of the Second World War. Celebrations and commemorative events had been planned all over the world before COVID-19 forced a general retreat. One could ask whether this really matters. 75 years is a human lifespan. Not many veterans of the conflict are still with us. Once we move from remembering to commemorating, does it really matter whether we place such attention on a date? The simple answer is that it does. It matters for a number of reasons, both historical and, even more importantly, contemporary. The Second World War has shaped our world and continues so to do. Without a thorough understanding of the causes of the war, its conduct and outcomes, it is impossible to understand our world in the 21st century and the realities of security and defence policies. And yet, perhaps even more important than the factual truths are the nations’ individual perceptions of this conflict, as these shape our inter-human and international relationships more than the naked truth.

The first step needs to be a thorough the analysis of one’s own nation’s role in the war. Britain has got some work to do in this respect. The ideas that Britain stood all alone against Germany in 1940, that the Battle of Britain saved the free world, and that Britain was a major winner of the war can be easily challenged. Yes, Britain was on the winning side, but one of the major geo-political results of the war was the decline of British power in the world and the rise of the two super-powers USA and USSR. The general British perception of the war can perhaps be described as un-self-critical and there is a reason for this: The Second World War is widely seen as Britain’s “finest hour” and is recognised as the last time that Britain acted as one of the foremost players in the concert of powers – albeit under the growing shadow of the emerging super-powers. And yet, Britain saw a long and painful decline after the war. Britain was basically bankrupt. The days of the Empire were numbered. Food rationing was maintained longer in victorious Britain post-war than in vanquished Germany. Such a frank analysis can be painful, but it is necessary. The next step, the analysis of other nations in the war, is less painful, but by no means easier or less important. To take just two examples to make the point:

In recent years, Germany has been criticised for its cautious steps in the field of foreign and security policies. The voices are getting louder that Germany needs to wake up and smell the coffee: the most powerful economic country in Europe and the country with the fourth largest GDP worldwide cannot hide behind its dark past and needs to be a more active (military) partner in the world. From a non-German view, this is a very valid and logical argument. However, it completely ignores the German perception. The overarching view of the German population is that “Germany is done with fighting”. The loss of two world wars with millions of civilian and military casualties, the destruction of German cities, territorial loss and the expulsion of millions from the former German eastern territories of Pomerania, Silesia, East Prussia, and the Sudetenland bred into the people this deep-rooted feeling. Naturally, in this experience the Germans were not alone, but they also have to shoulder the national guilt of the Shoa and the general brutality of the Nazi regime. When West-Germany re-armed in the 1950s this step was opposed by the vast majority of the population. Chancellor Schröder’s re-election of 2002 was in no small part based on the fact that he had ruled out a German engagement in an invasion of Iraq. The German engagement in Afghanistan has been very unpopular among the population, in particular when it became apparent that the Army would be required to do more than act like an armed civilian aid mission. The official statement that “Germany’s freedom is defended on the Hindu Kush” never gained much traction among the population. The deep-felt Germany sympathy for mutual cooperation and thus for the EU and European integration is a consequence of the experience of the war. This includes the military: the level of integration between the German and Dutch armies is perhaps the best example of this.

Russia is another case. The Russian view is that the war was won on the shoulders of the Soviet soldier and Mother Russia as a whole, and that this has not been recognised sufficiently by the West. Naturally, there is a counter-argument to this: for instance, only 6% of German military industrial output during the war went into tank production, but 40% went to the air force. An air force that was, from 1943 onwards, predominately fighting in the west. Nevertheless, the Russians do have a point: approximately 80% of all casualties in the war occurred on the Eastern Front, and the Red Army bore the brunt of the fighting on the Allied side. And naturally what may hide behind those statistics can be quickly forgotten: these figures include victims of poor Soviet tactical leadership, Stalin’s terror and many other unpalatable factors. But the fact is that the Soviet Union suffered, statistically speaking, about 18,000 dead every single day between 22 June 1941 and 8 May 1945. The Soviet Union lost more people (civilian and military) during the defence of one city, Leningrad, than all Western nations together during the entire war. And yet not much of this is known in the West. People will probably have heard of the battles of Moscow, Stalingrad or Kursk. But who has heard of, to mention just a few, the battles of Vitbesk, Cherkassy or even Operation Bagration (the huge Soviet summer offensive of 1944, which dealt the Wehrmacht the biggest military defeat in German military history)? The national memory of the war became the glue that held the Soviet Union together – more than communism itself. It is in this light that Stalin forbade the singling out of certain groups – including the Jewish population in the USSR – as groups that had suffered particularly harshly. The fight against Germany had been a national effort and its memory should rest on the entire nation. A Russian mistrust in the West, partly fuelled by the Western Allies seeming unwillingness to open a second front in Europe before 1944, contributed to the view that a cordon sanitaire, a buffer zone, was necessary to protect first the Soviet Union and then Russia. This explains the Russians’ unease with regards to NATO eastward expansion and also offers some explanation for the Russian engagement in the Ukraine.

Naturally, the points made above only scratch the surface. A short commentary such as this cannot offer deep analysis, but it can urge professionals and students in the realm of defence, politics or diplomacy to use this 75th anniversary as a reminder to reflect hard upon the implications of the war for all of us now, a lifetime after the events. As Mark Twain is supposed to have observed: “history does not repeat itself, but it often rhymes”. Remembering the actions of people in the run-up to the war and during the conflict itself can thus also act as a control mechanism for our actions in the 21st century. This seems highly relevant at a time in which isolationism, national self-interest and economic hardship all re-rear their ugly heads again. One does not have to agree with the other nations’ views of the period 1939-1945, but one has to understand them in order to move confidently in the corridors of international relations. Psychology tells us that traumatic experiences such as war can linger in a nation’s memory for up to three generations. In this sense, we are all still living under the dark shadow of the war.