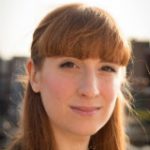 2020 was to be a special year for EU-China relations: the Comprehensive Agreement on Investments was to be signed under the German Presidency of the Council of the EU. The materialisation of an agreement which has been under negotiation since 2013. The obstacles, however, are far from being overcome and movement in this direction would have been unlikely without the outbreak of Covid-19, but the pandemic and the ensuing battle of narratives has made its achievement almost impossible.

China has proven its ability to turn a crisis into an opportunity before; the 2008 financial crisis served as springboard for its global ambitions. As Covid-19 hits the world and Europe with particular severity, China is paying attention to its recovery phase; which is not only concerned with health, but also, and arguably mostly, with economy and reputation. The two move in tandem, Chinese power and global outreach stems from its growing and innovative economy. Should this element no longer exist or be noticeably weakened, China’s global ambitions would be curtailed.

In the aftermath of the 2008 financial crisis, for the first time, China demonstrably increased investment in several European (1) countries, actively engaging in European affairs by offering its hand to struggling economies (2). In the years which followed, while the West slowly recovered from the hit, China grew rapidly and carried the recovery of the global economy on its shoulders. As in 2008, the Covid-19 pandemic offers a great opportunity for Chinese enterprises to invest in European struggling enterprises and thus, augment China’s global presence. However, unlike 2008, China’s economy no longer grows at a double-digit pace and this time, the country was itself harshly hit by the epidemic. Furthermore, the global context has changed, making Europe warier of a Chinese presence in its economy.

Compared to ten years ago, European economies are better equipped to protect themselves from undesired foreign direct investments (FDI). In the past four years, there has been a push for EU’s member states and Brussels to adopt some sort of protection. On top of the EU’s screening mechanisms for FDI which will enter into action in Autumn 2020, the number of European countries adopting national mechanisms to vet investments and thus, strengthen their ability to block investments has also increased. (3) Italy, for example, is further increasing its power to vet and block foreign investments (4). Europe is not just better equipped, but also more aware of the risks. In the UK, on the initiative of Conservative MP Tom Tugendhat a China Research Group has been founded to better understand China and the threat it poses. These are just a handful of initiatives manifested during these times of crisis aimed at strengthening the European response to China. Nonetheless, the existence of these tools does not mean all FDI will be blocked nor that all FDI should be blocked. The aim is to make sure assets deemed to be of strategic importance to the country are not owned by potentially hostile foreign enterprises.

European governments are expending considerable energy trying to understand how to better defend their economies from potentially risky investments. However, it appears that countries still lack a complementary strategy to grasp the opportunities China presents.

The European political establishment is not the only one to have become disillusioned vis-à-vis China; the business community is also losing optimism. According to the 2019 Business Confidence Report released by the European Chamber of Commerce, while big companies are willing to invest more in China and still see future potential, small and medium enterprises (SMEs) have realised that there is no space for them in the Chinese business universe. The main issues remain the lack of a level playing field and market access. Greater economic cooperation with China has limited benefits for European industries?

A recent report by the Rhodium Group and Merics has shown that Chinese investments and economic interests in the region have also changed. (5) Investments now follow two main trends: changed sectors of interest, the total amount of investments has decreased. This is the result of a mutated Chinese economy which led to modifications in the country’s outward strategy. As economic growth began to slow down, China has become much more interested in targeted and strategic investments which would limit losses and maximise earnings. It is not just about monetary earnings. It is also about the achievement of strategic goals which are connected to ambitions regarding technological leadership and independence from foreign countries.

Thus, infrastructures such as ports and railways are still of interest to Chinese investors, but recently China has been focusing on the acquisition of technological know-how, largely in the ICT sector, in which Europe still strives. After the 2008 financial crisis, China largely deployed state-owned enterprises to invest in Europe. Today, the number of private enterprises investing in the region is increasing. Investments in the technologically advanced countries of Northern Europe augmented in 2019. Despite the existence of the 17+1 forum, the gap between investments in Eastern and Western Europe remains sizeably in favour of the latter. The UK remains a preferential position destination for Chinese investments. Covid-19 is unlikely to reverse any of these trends. However, a prolonged slowing economy in China might severely hamper the capacity of China to pursue these goals. At the same time, a prompt recovery might actually increase this capacity.

It goes without saying that the trade deficit between Europe and China is also meant to widen, unless proactive action is taken by the European side to narrow the gap. Furthermore, it is yet to be seen whether the rallying cry of shorter global value chains turn into realistic plans and actions. That would be a damaging blow to the Chinese economy and, by extension, to the country’s power. Hence, should such proposal materialise we ought to expect push backs and retaliation by China. In the form of threats to further limit the access of European enterprises to China, to cut the investments of Chinese enterprises in Europe and commercial exchanges between the two. Eventually and gradually, words will be followed by actions.

Should China be the first to recover economically from the Covid-19 crisis and should it do so effectively the results would be two-fold: its economic power would increase, and its image would benefit greatly from such recovery (particularly if other actors struggle). These two elements would allow China to increase its global outreach both in terms of narrative, showing how the Chinese way is the most effective, and in terms economic capabilities. The latter would include the ability of Chinese enterprises to invest in those countries, enterprises and projects that would be beneficial for its ambitions.

[1] The term European in this article refers to continental Europe and not to the European Union which will be referred to as such.