Home Commentary A message to Global Britain and the Army; the importance of understanding... 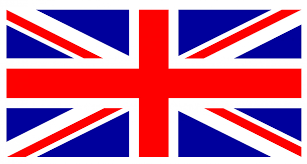 Monday night saw the atrocious terrorist attacks in Vienna. While I am writing this, the hunt for the perpetrators is still on-going and we can only hope that peace will return to the wonderful capital of Austria very soon. When the events unfolded, I was constantly checking the news for updates. One thing struck me. As is my habit, I checked the websites of the international press from Britain, Germany, France, and Spain. On all websites in all these countries there were constant updates on the events in Vienna, and these updates were the main headlines for the whole evening and night. There was one exception, though. One of the main British media websites continued to have COVID-19 news as the main headline, and the updates from Vienna could only be found half-way down the website. This was changed only relatively late at night, hours after the shooting had started.  I do not know whether this was a conscious decision by this organisation, a technical glitch or something else. This raised a few questions for me: how much do we in Britain actually know and learn about events in other countries? How good -and how interested- are we in understanding the complexities of other nations, their actions and their histories? Do we need to invest more in educating ourselves in international matters or, to use the slightly derogative term, are we happy with concentrating on “little England” and leading an insular existence? These are general questions for the country, but they also affect the military. How can we work closely together with allies and oppose potential enemies if we do not understand how they “tick”?

History is key here. Just like Britain, countries around the world have their own interpretations of history, which shape the presence and will continue to influence the future. This means that events are seen through very particular lenses. To give you one example: Two years ago, there was a stage play in a primary school in Surrey. The topic was the battle of Britain, and the children were dressed as Hitler, Churchill, Spitfires and Messerschmidts. Nobody seemed to find this awkward, and yet, when I told this to my friends abroad, the reactions were either sheer amusement or confusion and, indeed, dismay. The current debates about toppling statues and renaming squares and streets have caused such a stir not least because they point at the heart of the nation’s understanding of history. And yet, an open and frank discussion of historical events is necessary. It is necessary for the nation, and also for the military. Otherwise, convenient myths might become accepted wisdom. More than once have I heard that the British Army “can do” counter-insurgency, because “we had Malaya”. But the understanding of the specific context of this campaign is not often understood. There were reasons why Malaya “worked”, not least because of the local knowledge acquired by the British officials during the days of the Empire. This knowledge was the foundation of British international interaction, and it was this what made Britain so very good and successful on the international stage. With the end of Empire, this knowledge disappeared. The door to this knowledge and understanding is language, and it is generally worrying to see that less and less people in Britain are learning foreign languages. This restricts the view of the wider world. Britain has to invest in building more understanding of other nations, in particular if the new, post-Brexit “global Britain” is to be successful. The Army is currently working on this and is intensifying its links with foreign nations, but would it not be useful to make foreign language training an integral part of military training and education, as is the case in many other armed forces?

The continuing presence of history

In many countries, just like Britain, the Second World War is still the historical anchor around which many current events evolve. And, naturally, the interpretations of events differ fundamentally from the British view in Germany, Poland, Russia and other countries. One does not have to agree with the other nations’ views, but one has to understand them in order to understand not only the peoples, but the political (and thus military) decisions being taken. To mention just two examples: who in Britain knows that the sense of betrayal that the Polish people felt in 1939 towards the western Allies has lingered in Poland and still has a certain influence on political thinking in Warsaw? The German support for the European Union has been based on the view that only deep co-operation with other European countries can ensure that events like those seen between 1939 and 1945 will never happen again. This pillar of the European spirit has shaped German foreign policy probably more than the cold, economic facts that are often put on the table when discussing “Europe”. The list could be continued, but these examples might suffice here. In order to support the gaining of a wider understanding of other nations’ views of history, CHACR launched a research project that analyses the legacies of the Second World War in the 21st century. The study will be concluded in the spring of 2021 and will result in a book, which, hopefully, will find its way onto many bedside tables.

These are thoughts for the present and the future, but today our thoughts are with the people of Vienna and we mourn the loss of life that occurred on Monday night.

The views in this article represent those of the Author alone; not CHACR, the Army or the MOD.