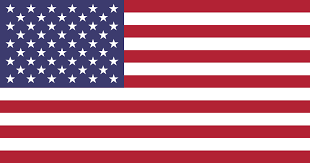 E Pluribus Unum– out of many, one- is the slogan of the United States. It embodies the history and the self-view not only of the original 13 states that founded the US, but also of the country in the early 21st century. And yet, the current events surrounding the Presidential elections show that the country is much more divided and fragmented than the slogan suggests. President-Elect Biden made this clear in his speech when he stated that he intended to unite the US and that this was now a time to “heal”. In the international arena, this fragmentation is often overshadowed by the strong position of the US President. This makes it possible to speak with a strong voice in international affairs when addressing nations outside of the US. As is often the case, especially on the international stage, the sum of the parts is stronger than the parts by themselves.

And yet, the current events raise some interesting questions. Internal fragmentation will eventually lead to a weakening of power. This was the reason why in many cases in history the (nation) state has shown a tendency to centralise powers in its hand. At the political level, this centralisation can take many different forms, and they oscillate between some form of democracy and absolute monarchy. Ancient Rome showed that both these models were able to maintain and increase the power of the state, although democracy was not what we understand by the term today, and the real power was kept away from the plebs, the masses. As long as Rome was led indisputably by the Senate or an emperor it remained strong internally and externally. The “democratic” Rome was able to survive the attacks of Celtic tribes in the 4th century A.D. and end the Punic Wars victoriously, although Hannibal had been “ad portas” and had threatened the very city of Rome. The emperors were able to create the largest empire that the western world had seen. Problems occurred when the internal structure was weakened, when bickering emperors fought for power, and when internal strife trumped external power projection.

The consequences of fragmentation of internal power and unity not only impacted the Roman Empire, and the historical examples of this are legion. One only needs to read Thucydides’s “History of the Peloponnesian War” (published in the 5th century B.C.) or Niccolò Machiavelli’s “The Prince” (written in 1513) to understand that this struggle has been at the core of national and international politics and power in the widest sense of the word. Such a fragmentation could develop over time, or it could be an integral part of a “state’s” design in order to restrict its internal and thus, consequentially, external powers. The Holy Roman Empire of German Nation is a good example of this. This entity, which existed from the middle ages until 1806, covered large parts of modern-day Western and central Europe. It was, on paper, the most powerful “empire” in medieval and early modern Europe. However, it was a paper tiger, because its strict federal structure ensured that the emperor was not well equipped to unite the empire. It had defined borders, but people did not feel as members of the empire, and they remained Austrian, Westphalian, or Bohemian first. The fragmentation also meant that the emperor did not control the monopoly of force. Thus, the empire was lacking two of the three criteria of the modern nation state. Today, we see the Westphalian Peace Treaty of 1648, which brought the Thirty-Years War to an end, as a mile-stone in the development of the independent nation state and modern western statehood. It also cemented the fragmentation of the Holy Roman Empire and ensured that it would remain a politically weak and powerless entity until it was dissolved in 1806. As the French philosopher Voltaire said in the 18th century: “the Holy Roman Empire is neither holy, nor Roman, nor an empire”. This general power vacuum in the centre of Europe was only overcome with the founding of the German Empire in 1871, a radical shift that fundamentally altered the balance of power within Europe.

These very short and very general examples are more than mere history and we can see these struggles continuing today. One could argue that, for all its worth, the decentralisation of power in the UK has weakened the UK’s ability to speak with one voice in both the national and international arenas- one only has to think of the Brexit vote and the subsequent renewed calls for a referendum on Scottish independence. The struggle between “unus” and “multi” is, for instance, at the heart of the question of deeper integration within the European Union. At present, the Union resembles the Holy Roman Empire more than a powerful and united union of nations. Henry Kissinger’s alleged quote “who do I call when I want to speak to Europe” sums up the problems of an amorphous entity such as the EU. The US is not the EU and it is not the Holy Roman Empire. And yet, the worry remains that the increasing polarisation of the political landscape within the US will have a weakening effect on the nation and, as a consequence, on the West overall.