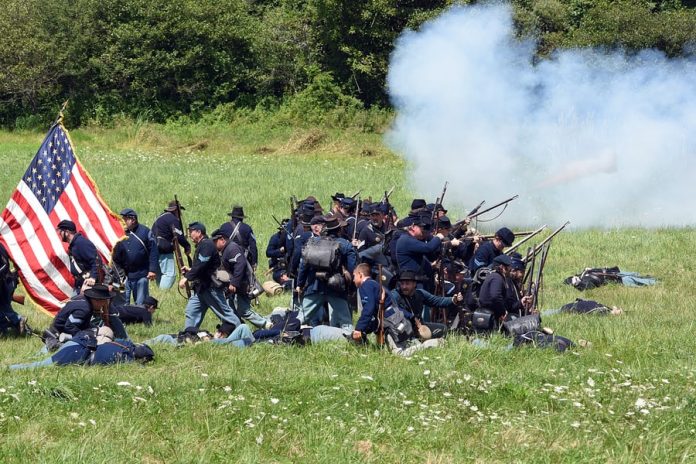 Sun Tzu exhorts us to know ourselves, and to know our enemies as we know ourselves, if we are to prevail in war. I suggest that we need to know ourselves and know our enemies and our friends if we are to prevail in full scale war and conditions other than war (whether that is seen as a state of ‘peace’, or ‘normal diplomatic relations’, or ‘constant competition’, the importance remains the same). As Britain, and, indeed, much of the rest of the world, look on at the twists, turns and even theatre of the US elections one can only pause to reflect upon how little we all understand of anything that falls outside our own immediate frames of reference.

In Western Europe, the US has always been seen as the beacon of light and freedom. This is why the tired, the poor, the huddled masses, as it states on the Statue of Liberty, made the often dangerous journey across the Atlantic. This means, for example, that we immediately agree that the right side won the American Civil War, because the North embodied these values, while the slave-owning South did not. And yet, such a view can blur the view of the historical past (and thus our understanding of the presence). To stay with this example, to the South, slave-owning was an important aspect of the war, but, at least officially, more important was their will to fight for their constitutional liberties that they saw violated by the central government (a point easier to follow if you are a slave-owner than a slave). Europeans are also often confused and sometimes even amused by the strong religious connotations in US politics, and the sense of righteousness, but this is an important cultural pillar of US society, one that goes at least as far back as the landing of the Mayflower Pilgrims in New England in the autumn of 1620.

It seems that “we” in Europe often do not understand US society and its culture. To the vast majority of Europeans, the US actually means New York City. Most peoples’ (and this includes myself) first trip to the US takes them to the Big Apple, but we forget that already in Upstate NY things are different. This, by the way, is not a US phenomenon. You just need to look at the Brexit votes in Greater London and compare the results of the referendum with the votes in the home counties. If you can show me a foreigner who shuns London on the first trip to the UK to visit instead, say, Hemel Hempstead, I owe you a drink. But just like the UK means first and foremost London to most visitors, the US is often personified in New York. Probably the majority of US films that we consume in Europe feature in New York; just think, for example, of the ever-popular series “Friends”.

The camera lens is also important for our understanding of history and the military. Saving Private Ryan has undoubtedly shaped understanding of the battle of Normandy more than any book or academic research, regardless of the endless number of pages that have been filled by academic and popular writers. And yet, we should not forget that these films -naturally- portray the GIs in a particular light, one that is not necessarily reflected in other nations’ view of the US military at the time. The German assessments of the US forces in both World Wars were more critical than what we see in Private Ryan. At an individual level, the GIs were more often than not regarded as less battle-hardened than some of their Allied counterparts. This might or might not have been the case, but, in essence, it did not matter. By concentrating on the perceived fighting abilities of the individual soldier, the industrial might and power, as well as the manpower reserves of the US, were overlooked. This had severe consequences. The German decision to declare unrestricted U-Boat warfare in 1917 was the gravest strategic error committed by the Germans in the First World War and, arguably, lost them the war, because it brought the US into the conflict. The Germans knew that this might happen, but they accepted this risk, because they were unconvinced that the US would make a difference before the main enemy, the UK, could be brought to its knees. In a way, history repeated itself when Germany declared war on the US in 1941. These were not the first times that Europeans got it wrong. After the American Civil War, the Prussian Chief of the General Staff, Helmuth von Moltke, is said to have given his own assessment of the conflict: The war had been a struggle of “two armed-mobs running around the countryside and beating each other up, from which very little of military utility could be learned”. Granted, the Civil War was often fought with outdated tactics, resembling the Napoleonic Wars more than a “modern” war. And yet, it could have offered valuable insights into contemporary conflict: the willingness to accept high casualties on both sides, and, in particular, the importance of industrial and general economic weight. A clear analysis of these factors could have steered the German Empire of 1917 away from a war with the US. History might have panned out very differently.

Naturally, the need to understand other nations and what drives them is not a one-way street. A few years ago, a senior US Army officer said to me that “that the modern-day German Bundeswehr is not the Wehrmacht. And this is a shame”. This assessment is absolutely true, but it forgets the underlying political parameters on which the Bundeswehr rests. Every German politician would agree with the first part of the US general’s assessment. The second part would be a resounding “thank god for this!” in German political circles.

We in Europe need to get to grips with these things and we need to understand that our European view of the world can only penetrate the US so far. Whatever the results of the US elections (not just in terms of who occupies the Whitehouse, but how the US addresses the divisions that now penetrate deeply into its societal and political culture), the US will remain Europe’s most important friend. To return to my opening remarks, a failure to get deeper under the skin of the US will mean that not only will the pollsters and the augurs get it wrong again in four years’ time, but we are likely to continue to talk at cross-purposes with those who matter to us most as we address global issues together.