Home Commentary Thoughts on the US elections 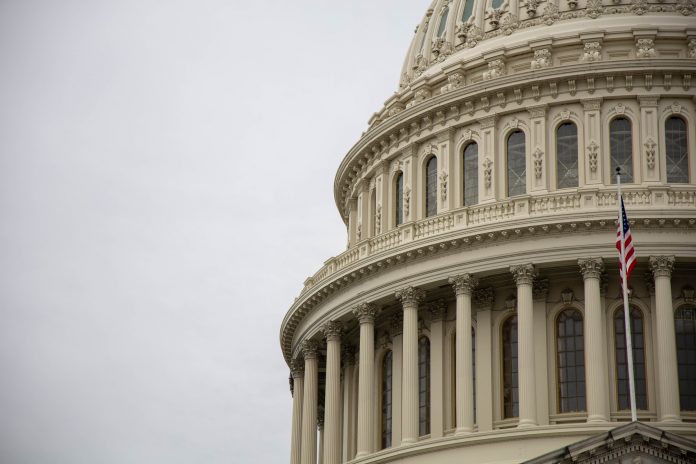 While the United States of America was born in revolution, the ideas that informed its unique system of government and constitution are a reflection of the philosophical, political, and religious influences circulating in Europe in the 17th and 18th centuries.

Seventeenth century Europe witnessed considerable change and discovery. Exploration of new continents expanded horizons – quite literally – and colonies were established in the New World.  Commerce expanded, and new economies and institutions were created, more global and sophisticated than ever before.  Significant discoveries were made in science and mathematics.   The expansion of literacy and the availability of printed materials permitted new ideas and discoveries to be disseminated more rapidly than ever before.

Amongst these new ideas were French philosopher Rene Descartes’ writings on the natural equality of reason in all men.  This became the foundation of a new philosophy of the universal equality of rights, individualism, and a government based on public opinion rather than divine right or aristocratic privilege, a radical departure from the absolutism that governed so much of Europe at the time.

In Britain, John Locke also expounded on the relationship between government and the natural rights of man, which Locke articulated as: life, liberty and property.  These rights, according to Locke, were divinely bestowed, and therefore could not be infringed upon or withdrawn by a monarch.   Contradicting the prevailing belief in the divine right of kings, Locke theorised that government was a human construct, rather than divine.   Moreover, the purpose of government was to protect the lives, liberties, and property of the people, in exchange for popular consent to rule, and a measure of popular freedom.  Sovereignty belonged to the people, not the king. Locke described this agreement between government and people as the ‘social contract.’ If the government were to abuse the power given to it, the contract was broken, and the people no longer bound by its terms. The people had the right to remove and choose an alternative government.

For American colonists, this would later mean the removal of George III as their head of state and the establishment of a new system of government: a constitutional federal republic. For Locke, however, this meant the removal of one monarch, and replacement with another king or queen.

Locke was writing very much about the issues of his time.  In 1688, the already unpopular James II was deemed to be intruding on the natural rights of citizens. He was ousted by Parliament and replaced by his daughter Mary, and her husband, William of Orange, in 1689, ushering in a new era of constitutional monarchy.  Prior to William and Mary’s installation as the new monarchs, however, Parliament passed the Bill of Rights, enumerating the liberties and protections possessed by the people. This document, and Locke’s philosophies, would influence the creation of the American Bill of Rights and Constitution a century later.

Throughout the 18th century, European thinkers further developed the ideas put forth by Descartes, Locke and their contemporaries, expanding on the concepts of reason, individual liberties, constitutional government and religious tolerance.  Montesquieu wrote on the division of powers. Voltaire wrote prolifically, expounding on civil liberties and the separation of church and state. Rousseau further developed the idea of the social contract, and human nature. While these bold new concepts did not spark the American revolution itself, the democratic, rationalist and individualist convictions of these philosophers, and others, contributed to the peculiar character of the nascent American republic.

As well as the influence of European Enlightenment, we can also trace the influence of the early American’s belief systems and traditions.  Among the first colonists were radical Puritans, expelled from England for their disruptive beliefs.   Some of these early Puritans viewed their expulsion to the New World not as exile but as a sign of their foreordained purpose.   They believed themselves chosen to fulfil a divine mission, for their new colony to be “a city on a hill,” exemplary and exceptional.  The fervour of the first Puritans faded with time, yet this providential idea survived the numerous scraps and schisms of the early colonial period, disseminating, in modified form, throughout the 13 colonies.   By the mid 18th century, more than a decade before the beginning of the American revolution, there was a pervasive belief that the colonies had a divinely bestowed mission to fulfil, beyond simply being a British outpost in the wilds of North America.  America had a unique purpose in the world, as asylum for the advancement of the new notions of individual, civil and religious freedom.

Written and ratified in 1789, the US Constitution and Bill of Rights, reflected the combined influences of the Enlightenment thought, English legal heritage and the religious beliefs of its founders.  Enshrined in legislation were the notions of individualism and civil liberties, and a unique system of republican government in an era of monarchy.  Whilst the Bill of Rights addressed the rights of citizens, the Constitution set out the structure of the federal government, the divisions of power between the legislative, executive and judicial branches of government, the roles of the constituent states, Congress, the Senate and the Supreme Court.   It outlined the eligibility and terms of the presidency, and contingency plans for premature death in office.

One element of government that the US Constitution did not enforce, nor did its founding fathers see as necessary to codify in law, was the peaceful transition of power.  For Americans, from the earliest to those of the 21st century, the assumption has been that, because their way of governance is based upon popular appointment rather than divine right or the accumulation of personal power, those who hold power will do all that they can to pass power effectively to the next appointees – for the good of the people, as Locke, Hume, Descartes, Franklin, Voltaire, Rousseau, et al would perhaps have had it. Thus, the Constitution further assumes that candidates will respect, accept and uphold the “will of the people” in determining their next government, as part of the social contract between governed and government.  Candidates, irrespective of personal sentiments, would presumably act out of public interest, and that of the Republic and the ideals that it embodied.  The Constitution, so specific and detailed in other respects, functions in this respect on the basis of assumption – and assumptions are the mother of all sorts of misfortunes. One wonders how the Founding Fathers would view the unfolding of events over the last week or so – surely somewhere in their conversation they might observe that the underlying purpose of the American Revolution was to address the issues of personal power.