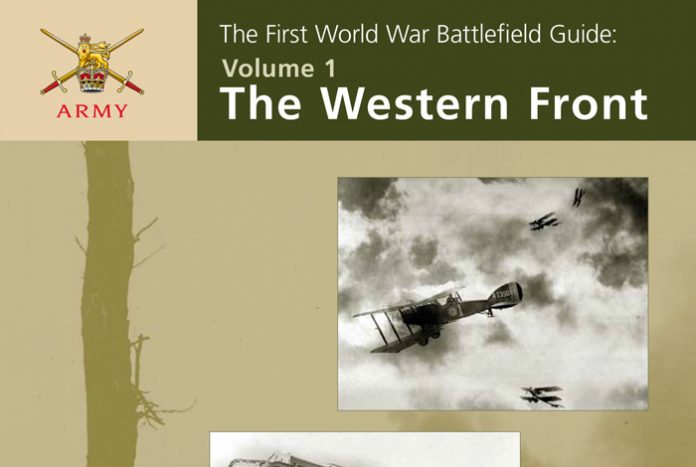 Today’s visitor to the Western Front sees a landscape that has been permanently changed by the fighting of the First World War. The signs are everywhere, unmistakable and harrowing. But they are not trenches and shell holes. The farmers of northern France and Flanders have returned their land to the production for which most of it is so well adapted. What the eye falls on is less the evidence of how the war was fought in 1914-1918 and more how it has been commemorated since. In the 1920s the line of the front was transformed by the continuing work of the Imperial (now Commonwealth) War Graves Commission. The tourist requires effort and imagination to look past the cemeteries and memorials, which now dominate the built landscape, to the vestiges of the fighting, particularly in the summer when crops and undergrowth obscure even those that remain. Most of the Western Front was held by the French army, the de facto senior partner in the alliance until at least mid 1917, and the equal of the British until the war’s end. What we now think of as its sector (although it too suffered at Ypres and Arras) extends from south of the Somme to the Alps, and is marked by more conspicuous geographical features than that of the British. The ground rises as it overlooks the Île de France, runs along the Chemin des Dames to Champagne, executes a right-angled turn on the Meuse at Verdun, and then extends south along the Vosges into the foothills of the Alps. The role of the British Expeditionary Force is inexplicable without reference to this broader strategic context, even if the relatively featureless ground to which it was tied can make the tactics of the war even harder to explain. Rises of a few metres, at Hill 60 (near Ypres) or Passchendaele, came to possess a significance which can now only be easily grasped at Messines, Vimy and possibly Thiepval. This ground witnessed some of the most intense and protracted battles ever fought by the British army. Indeed to call them battles in the sense used in 1914 trivialises them. Simultaneously British soldiers waged war in Italy, the Middle East and sub-Saharan Africa; nor did the fighting end in 1918, as Britain intervened in Russia and confronted rebellion and resistance on the ‘southern arc of empire’, from Egypt to Afghanistan. Gains measured in hundreds of yards on the Western Front were set in the context of a global war. At first blush such a struggle seems incomprehensible today. This Battlefield Guide is the place where understanding can begin: the Western Front was the war’s pivotal theatre, and its tactical and operational underpinnings conditioned the whole war.

Today’s visitor to the Western Front sees a landscape that has been permanently changed by the fighting of the First World War. The signs...
Read more

"It’s quiet…..too quiet" is now a cliché rolled out with monotonous regularity, having first, seemingly, seen the light of day in the John Ford...
Read more

Climate Change and Defence: Are we ready for its impact? Dr Ziya Meral, CHACR

This article was originally published by Wavell Room. When reflecting on climate change from the perspective of those who compose defence policy there are...
Read more